This section provides an overview of Octopus Deploy concepts and links to the relevant documentation, which explore the concepts further and guide you through implementing them with Octopus Cloud or your own self-hosted Octopus Server. When you are ready, you can start a free trial and explore.

Octopus Deploy sits between your build servers and the deployment targets your software will be deployed to, and gives you control over every step in the deployment process.

After your build server has compiled and packaged your software, Octopus progresses the software through your environments from Dev and QA all the way through to Production, whether your deployment targets are Windows servers, Linux servers, Azure, AWS, Kubernetes, or Google Cloud Platform.

You can install your own self-hosted instance of the Octopus Deploy Server or use Octopus Cloud.

Octopus Cloud is the hosted version of Octopus Deploy. We designed Octopus Cloud and self-hosted Octopus to provide the same functionality; however, there are some minor differences, for instance, with Octopus Cloud, we're responsible for taking backups, upgrading the service, and maintaining and monitoring the underlying systems.

Installing the self-hosted Octopus Server sets up the Octopus Web Portal and the Octopus REST API.

Whether you're self-hosting the Octopus Server, or using Octopus Cloud, the Octopus Web Portal is where you'll manage your infrastructure, projects, access the built-in repository, grant your team access to projects, and create your automated deployments and runbooks.

Octopus Deploy organizes your deployment targets (the machines and services you deploy software to) into groups called environments. Typical environments are Dev, Test, and Production. 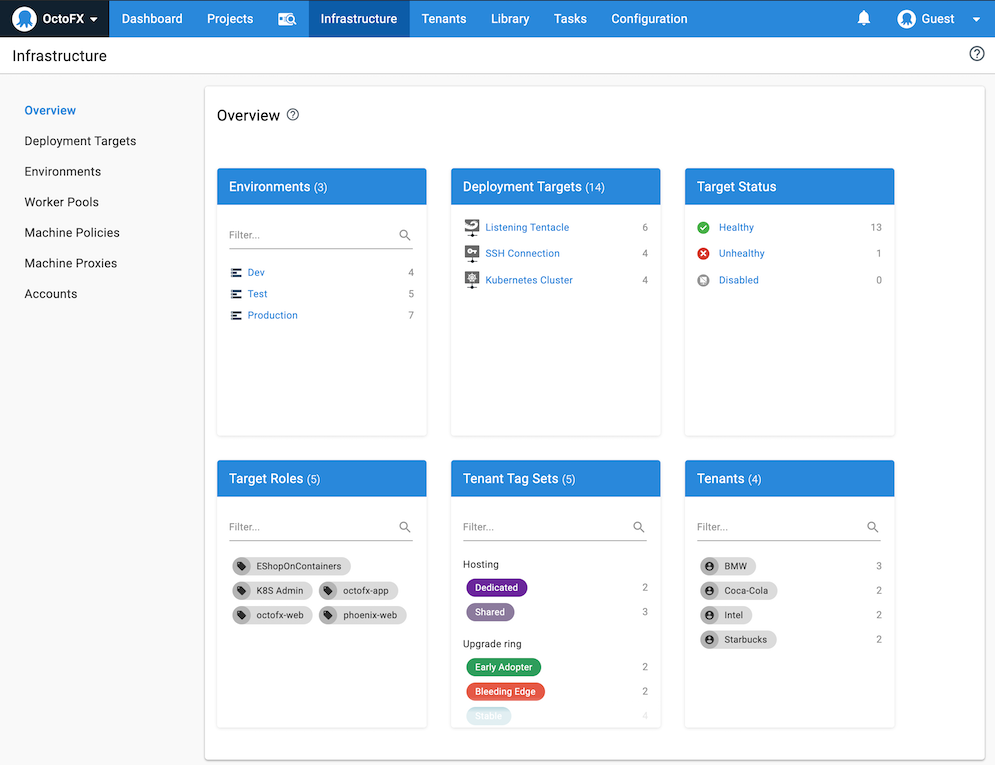 Organizing your infrastructure into environments lets you define your deployment processes (no matter how many deployment targets are involved) and have Octopus deploy the right versions of your software, with the right configuration, to the right environments at the right time.

Learn more about managing your infrastructure.

Learn more about packaging your applications.

Projects let you create and manage your deployment processes, releases, and runbooks from the Octopus REST API and Octopus Web Portal.

For each project, you can define a deployment process, runbooks to manage your infrastructure, variables, the environments where the software will be deployed, and releases of your software.

Octopus Deploy is designed to work with teams following modern DevOps methodologies, that is, continuously deploying software, getting feedback, making changes, and redeploying.

The deployment process is the steps the Octopus Server orchestrates to deploy your software.

Learn more about the deployment process and see some example deployments.

As you deploy your applications between different environments, you'll need to change their configuration files based on the scope of the deployment. Octopus has advance support for managing and scoping variables. For instance, your test environment shouldn't have access to your production database. Using variables, you can specify a different database for each environment, ensuring your production data won't be impacted by codes changes that are still in review.

A release in Octopus, is a snapshot of the packaged software, variables, and the deployment process. 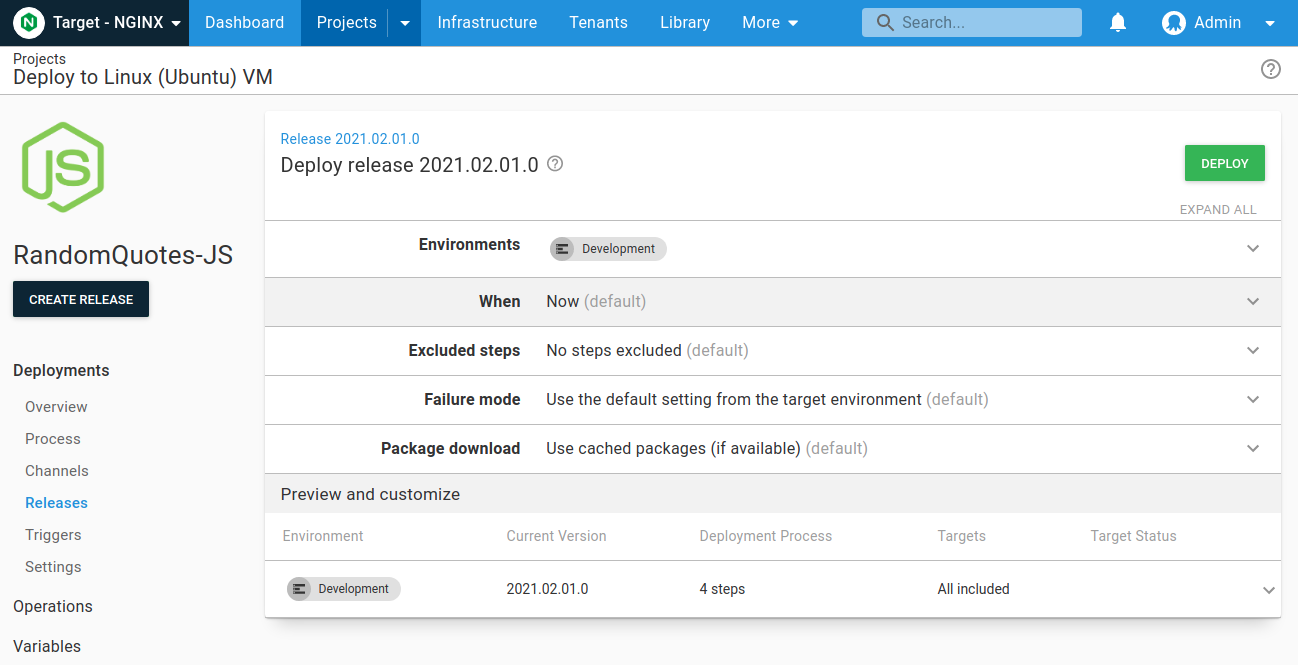 A release is deployed to the environments defined in the deployment process. Typically, releases are deployed to one environment and then promoted to the next environment when they are successful. Releases can be deployed manually each time or set up to deploy automatically, depending on your needs.

A deployment is only one phase in the life of an application. There are many other tasks that are performed to keep an application operating. A large part of DevOps is running operations separate from deploying applications, and this is where runbooks helps.

Learn more about Config as Code.

Over time your software may become so successful that you on-sell it to some external customers, and due to the way the software is architected, you need to deploy slightly different versions of the software configured for each customer. For instance, you might deploy version 1.0.1 to Customer A with the software configured to display customer A's logo on their landing page, and version 1.1.0 to Customer B configured to display their logo on their landing page. The tenants feature in Octopus Deploy helps you manage deploying different versions of the same software to multiple customers.

If you're a large organization with lots of teams working in Octopus, you can use the Spaces feature to provide each of your teams with a space for the projects, environments, and infrastructure they work with, while keeping other team's assets separate in their own spaces.