Variables allow you to parameterize your deployment and runbook process. That allows your processes to work across your infrastructure without having to hard-code or manually update configuration settings that differ across environments, deployment targets, channels, or tenants.

There are multiple levels of variables in Octopus Deploy:

Project, Tenant, and Step Template variables are associated with their specific item and cannot be shared. Library set variables can be shared between 1 to N Projects and Tenants. System variables are variables provided by Octopus Deploy you can use during deployments.

During a deployment, Octopus will gather all the variables for the project, Tenant (when applicable), step template, associated library sets, and system variables and create a "variable manifest" for each step to use.

Multi-tenancy is an advanced topic, with its own set of recommendations. Tenants were mentioned here so you could see the bigger picture of variables.

Without established naming conventions, variable name collisions are possible. A common example is when a project and a library variable set have the same variable name scoped to the same environment. When a name collision occurs, Octopus Deploy will do its best to pick the "right one" using an algorithm. But sometimes the variables are scoped equally. If this occurs, Octopus will choose project-defined variables ahead of library-defined ones.

The recommendation is to avoid name collisions in the first place by following these naming standards.

One of Octopus Deploy's most used features is the variable scoping. And with good reason, having the same process, with only needing a specific value such as a connection string or domain name changed, ensures consistency during the deployment process.

That ability to scope variables to environments and replace them in configuration files can result in some anti-patterns, which include:

When someone proposes storing all the configuration variables in Octopus Deploy, we will ask the following questions:

Examples of configuration variables that should be stored in Octopus Deploy. These variables are required for a successful deployment, and in the case of database connection strings, they shouldn't be stored in source control. They are also unlikely to change between releases.

There are also variables only Octopus Deploy knows about. These include the release version number, environment name, and deployment date.

A common scenario we've talked to customers about is restricting variable edit access to specific environments. For example, a developer can edit any variables scoped to development and test environments, but not staging or production environments. On paper this makes sense, in practice this causes messy handovers and claims of "it worked on my machine." The developers working on the application know all the various settings and variables required for their application to work.

Our recommendations for variable edit permissions are: 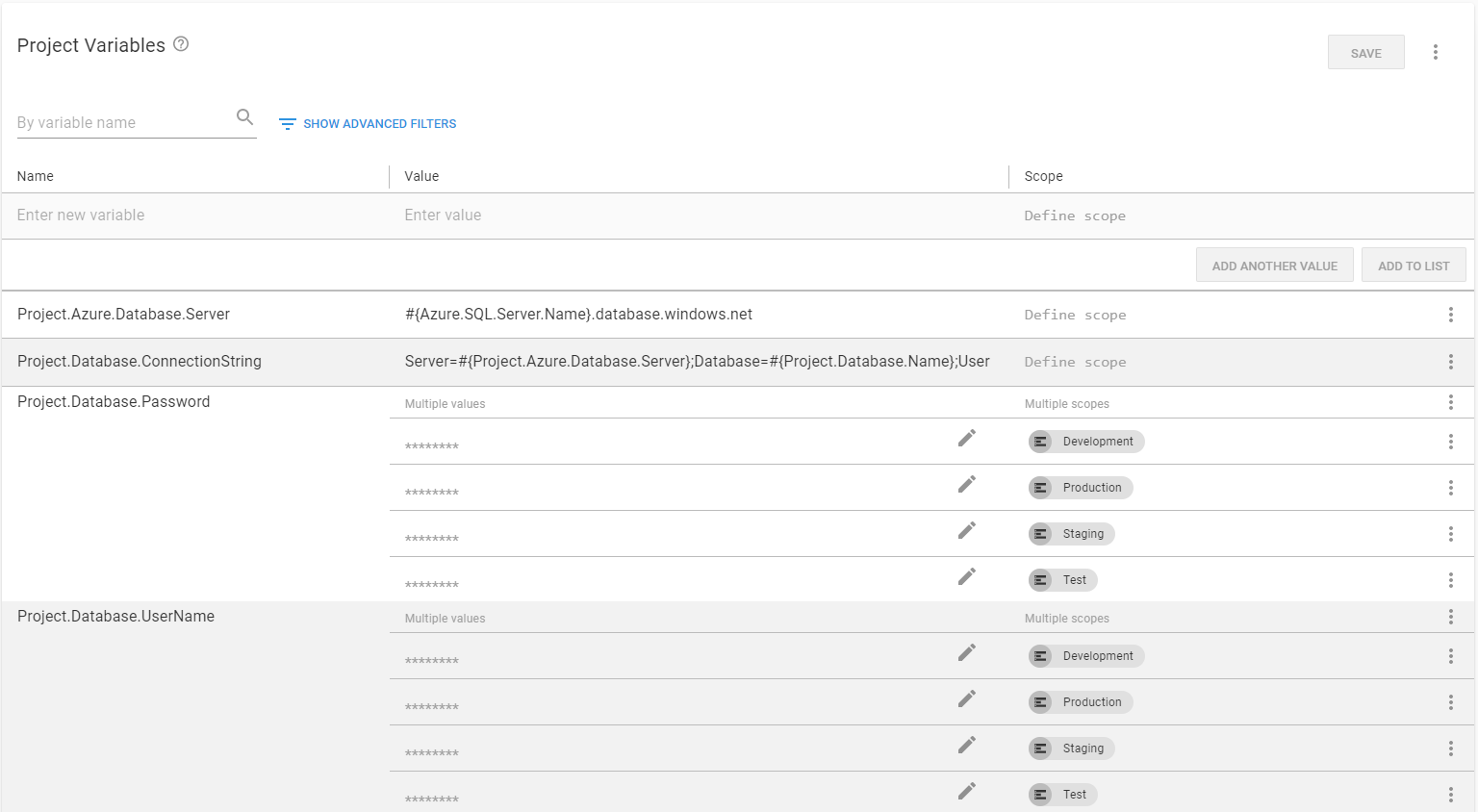 For further reading on variables in Octopus Deploy please see: