When deploying a package, you can hook into the deployment process at different stages to perform custom actions. You do this by adding specially named scripts at the root of your package.

You can add any of the following script files in any of the scripting languages supported by Octopus to your packages:

Where <ext> is the appropriate extension for your scripting language of choice. Also note these file names will be case sensitive on certain operating systems.

Octopus will detect these scripts and invoke them at the appropriate time during the step. Which file you use depends on when you need your custom activity to run; see the section on what order are conventions run in for details. Your scripts can do anything your scripting language supports, as well as setting output variables and collecting artifacts.

The following steps have been designed to support running scripts; either at the root of a package, inline or both:

Note: The Custom Deployment Scripts feature only needs to be enabled if you want to define your scripts inline instead of executing scripts at the root of a package. 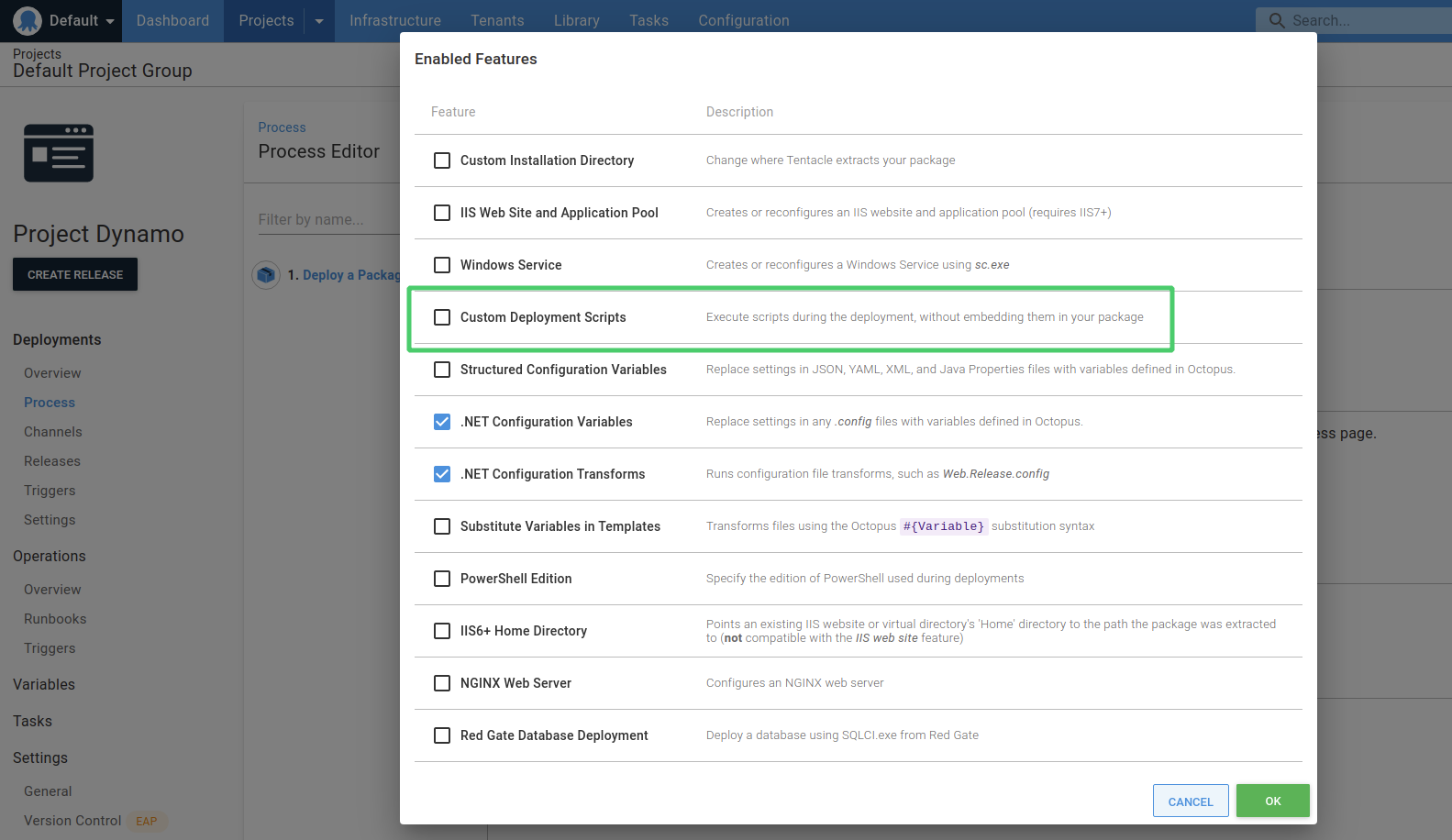 Including the scripts in the package

Running a script when a step fails

You can create a file named DeployFailed.<ext>, which will be invoked if the step fails. Our blog post about this feature describes how DeployFailed..

How Octopus executes your scripts

At each stage during the deployment, Octopus will look for a scripts matching the current stage, and execute the first matching script it finds ordered by a platform-specific priority (see cross-platform support).

For more details see how packages are deployed and what order are conventions run in.

If you are deploying the same package to multiple platforms, you can:

The platform-specific priority order Octopus uses to select scripts is:

Example: You are deploying an application to both Windows and Linux. You can write a single PreDeploy.py python script, making sure the python runtime is installed on both platforms. Alternatively, you can write both PreDeploy.sh and PreDeploy.ps1, and Octopus will run the Bash script on Linux and the PowerShell script on Windows.

You can prevent Octopus from automatically running scripts in packages by adding the Octopus.Action.Package.RunScripts variable to your project and setting it to false. You can scope the value of this variable to suit your needs.

Rather than embed scripts in packages, you can also define scripts within the step definition using the Octopus user interface. This is a feature that can be enabled on certain steps by clicking CONFIGURE FEATURES and selecting Custom Deployment Scripts.

When enabled, you will see Custom Deployment Scripts under the features section of the process definition.

Make sure the scripts are located in the root of your package. 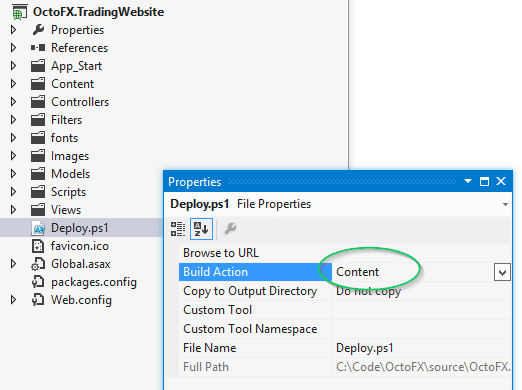 If you are using OctoPack to package a Windows Service or console application, set Copy to Output Directory = Copy if newer. 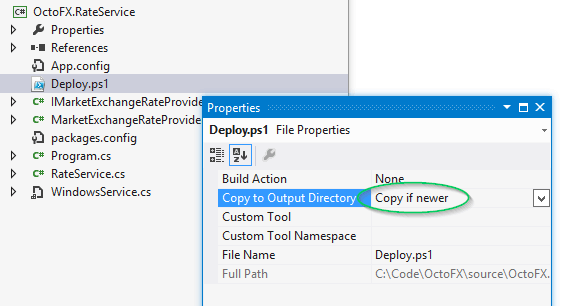 If the scripts in your package are still not running, make sure someone has not set a project variable called Octopus.Action.Package.RunScripts to false for the step where the scripts should run.

The following topics are explained further in this section: