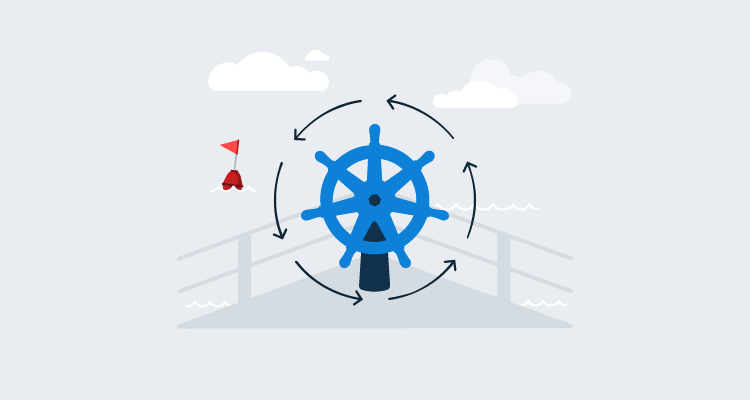 Not every deployment goes as smoothly as we'd like when deploying to Kubernetes. Bugs, container environment variables, and hardware limitations can dictate whether an application will run after it’s deployed to a Kubernetes cluster. When a fix isn't easy or the application is unresponsive, you need to go back to the previous version. This process is called a rollback.

In this post, I describe some general and Kubernetes-specific rollback strategies using Octopus Deploy.

You can also read about:

This post uses the built-in Deploy Kubernetes Containers to deploy a containerized version of the Java-based PetClinic application.

This application consists of a web front-end and a MySQL back-end. The MySQL back-end is also deployed as a container with the database updates being performed as a Kubernetes job using Flyway. The example process looks like this: 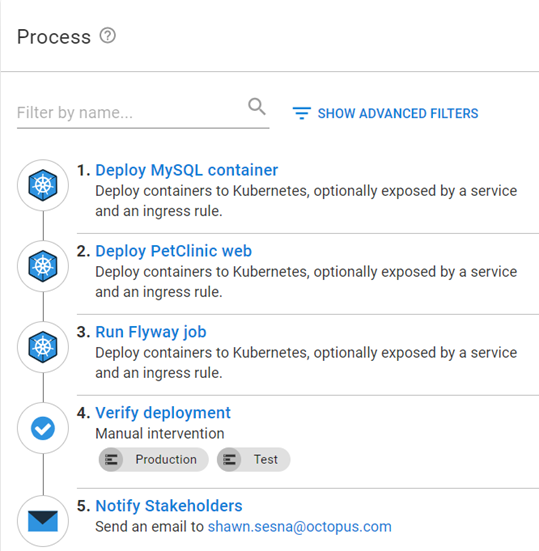 This post assumes you're familiar with the steps in the example process. I only cover updates to implement the strategies I discuss here.

It's easy to recover from a failed deployment by redeploying the previous version. In Octopus Deploy, you just click Releases, select the release, then click REDEPLOY next to the environment you want to redeploy to.

Conditionally execute steps during a rollback

The redeploy method executes the deployment exactly how it was deployed the first time, executing all steps in the process. However, you might want to skip steps during a rollback, for example database steps.

To skip steps, you need to determine what activity is occurring; a deploy, redeploy, or rollback, then conditionally control which steps are executed. You may also want the release you're rolling back to be blocked from progressing to other environments. 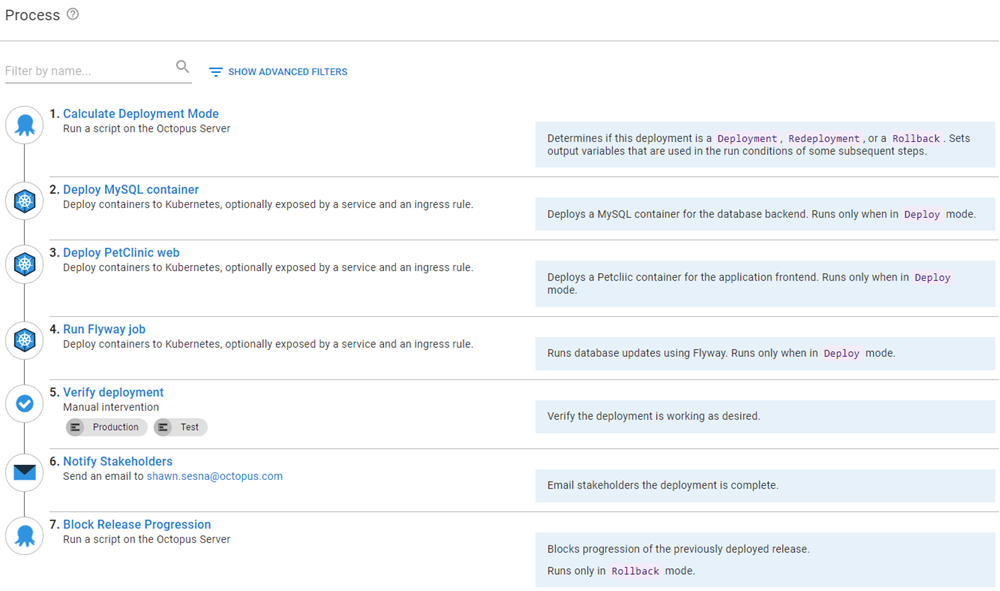 You'll note the process shows which modes this step will run in. This is not a result of adding the condition statement. The process makes use of the Notes field of a step so you know which steps are executed in which scenarios.

To determine which mode the deployment is in, our team developed the Calculate Deployment Mode step template. This template compares the release number of what's being deployed, to what was previously deployed to the environment, to determine what activity is occurring. For convenience, it also sets output variables which can then be used as conditions on steps.

To make sure the MySQL and Flyway steps only execute during a deployment, add the following output variable from Calculate Deployment Mode as the variable run condition:

Blocking the progression of a release is not new in Octopus Deploy, however, it needs to be done manually or with an API call. Our team developed the Block Release Progression step template to block the specified release from progressing in a deployment process.

To ensure this step doesn't run during a deployment, add the following variable run condition:

You need to modify your deployment process to tie a revision to a specific release. An updated process would look something like this: 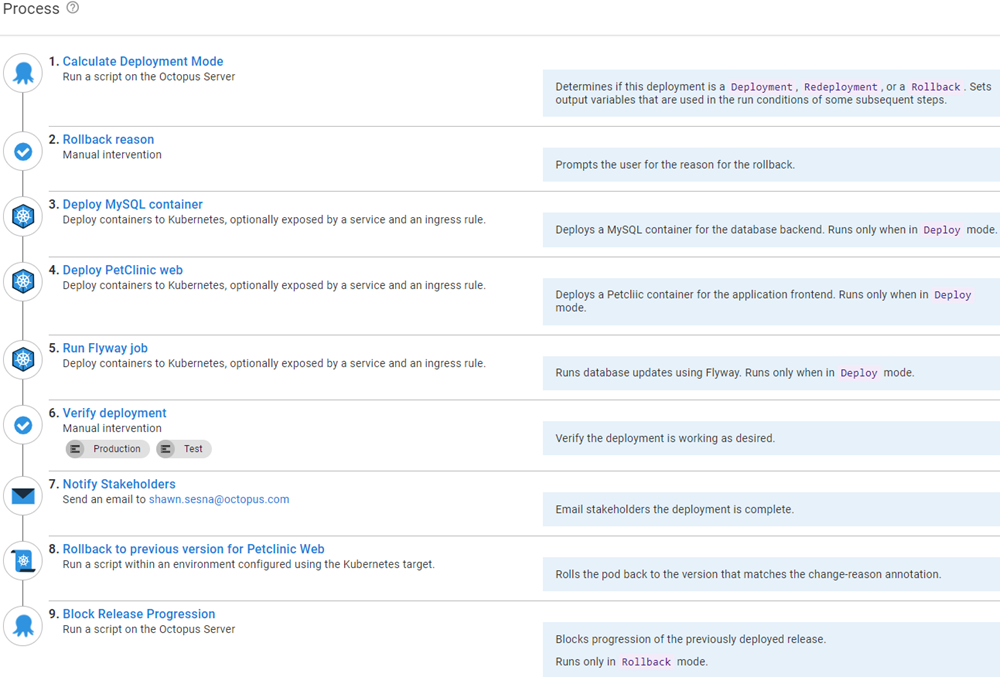 Let's go through the newly added and updated steps.

Rollback reason is a Manual Intervention step that prompts you for the reason you're rolling back. The reason specified can be used for the Reason field in the Block Release Progression step. Add the variable run condition so it only executes during a rollback.

There are two modifications you need to make on this step

We've already seen how to set a variable run condition so the step only executes during Deploy.

In the Deploy Kubernetes Containers step, go to Deployment Annotations and add an annotation type of kubernetes.io/change-cause with the value of #{Octopus.Release.Number}

Now the CHANGE-CAUSE column contains the release the revision came from, you can use the Run a Kubectl CLI Script step to parse the rollout history to determine which version to roll back to.

Other than container start up time, this operation can be completed in seconds.

Using the strategies discussed in this post, you can configure rollback functionality directly in your deployment process, including for an application deployed to Kubernetes.