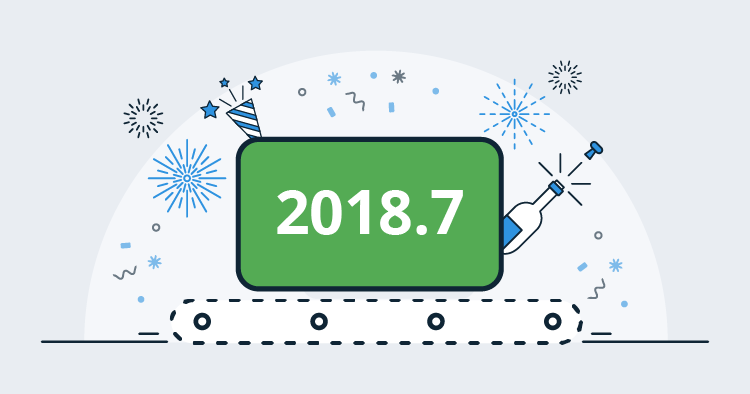 This month, our headline feature is Octopus Workers which allows you to shift deployment work off your Octopus Server. This change brings several benefits including improved security, better performance, and other cool things like the ability to create pools of machines dedicated to specific tasks.

With the introduction of workers and worker pools, you now have the option to move this work to a separate machine as well as create pools of workers to utilize for special purposes. Nothing has changed about how steps are executed; workers provide an option about where those steps are executed.

Octopus workers bring many benefits including the following:

Read more about this in our Octopus Workers blog series.

Are workers and worker pools limited by license? They are kind of like deployment targets, right?

At this point we've decided to limit the use of workers and worker pools for different license kinds:

We may decide to change these limits over time. If you have any questions about your license and how it applies to workers, please contact sales@octopus.com.

We’re also shipping some performance and polish improvements. That is, we’ve made some significant updates to improve Octopus Server performance and usability. Particularly for larger installations, including much lower CPU usage on SQL server in some cases, improvements to deletion, and faster project and infrastructure dashboards. We’re continually working to improve our user experience, and this month, we’ve tweaked the variable snapshot update process as well as improving lifecycle, channel, and role scoping pages.

This release, we have reinstated first class support for Azure Web Site Deployment Slots, allowing you to select a specific slot for a Azure Web App deployment target or setting the slot directly on a Deploy an Azure Web App step. We have also improved the performance of the Azure Web Site selector.

When using Dynamic Infrastructure PowerShell cmdlets to create a new Azure PaaS deployment target, if a subsequent step deploys a package to the newly created target, from an external worker, the deployment will fail. Adding a Health Check step, configured for a full health check, between the script step and the package deployment step which will allow the deployment plan to acquire the necessary packages to the worker. We've created a GitHub issue to track this problem until it's resolved.

That’s it for this month. Feel free to leave us a comment and let us know what you think! Go forth and deploy!