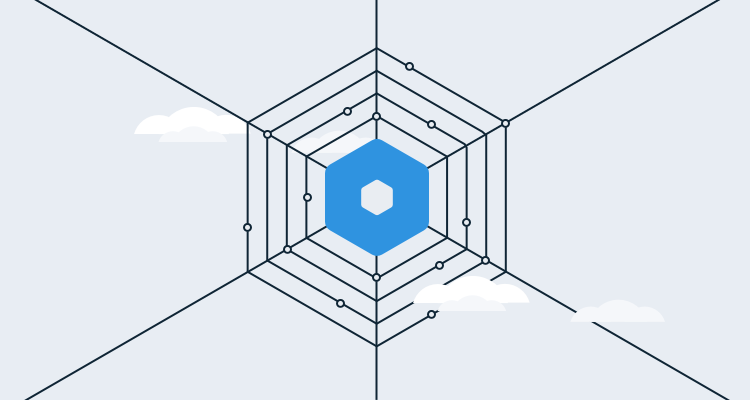 NGINX is one of the most popular web servers and reverse proxies available today. It offers high performance, almost infinite configurability, and is a commonly used component in modern stacks like Kubernetes. Now the NGINX team has a new offering called NGINX Unit, which is aimed at solving some common challenges of modern development processes.

If you jump to the NGINX Unit documentation, you’ll find a wonderful live demo from NGINX Conf 17. There is also an overview session from the same conference. These presentations did a good job of answering what NGINX Unit does, but still left me wondering why someone would choose to use NGINX Unit.

In this blog post, we’ll look at some of the advantages provided by NGINX Unit.

The traditional NGINX configuration files tend to look like this:

While this format should be reasonably familiar to developers from curly-quote languages, the NGINX config file syntax does not conform to any general standard. If you want to update this file on a regular basis, you can expect to write complex sed commands to edit the raw text.

But using regular expressions to modify configuration files is not a pleasant experience. Inevitably, you will find your regex has matched something you didn’t expect, didn’t account for line endings or didn’t quite capture all the variations of a value.

Every modern computing platform has a rich CLI tool backed by a well-structured API. It’s easy to take this functionality for granted until you find yourself running sed against a configuration file and then restarting a service.

While NGINX Unit doesn’t provide a CLI tool (all the examples in the documentation use curl), it does expose all of the configuration via an easy to understand HTTP API. This provides you with a great deal of flexibility in choosing how to expose the API (i.e., expose it on localhost or securely proxy it to make it publicly available), and it means you can use any scripting tool of your choice to interact with it.

Declarative model for common use cases

Polyglot development is increasingly popular. Whether it’s because your team has found a mix of languages that best suits their needs or because your infrastructure includes third party products written in multiple languages, it is not uncommon to have an application stack that contains a selection of programming languages.

However, the networking layer still needs to be treated in a cohesive way, which is challenging when every application has a network component that is configured in a slightly different way.

NGINX Unit provides a clean separation between the application processes it hosts and the networking layer it places over the top. This makes it possible to change the networking configuration without restarting the hosted applications. It also means that networking changes can be applied to a running system with no downtime.

Combine this ability to apply changes to a live system with the consistent network configuration that all applications hosted by NGINX Unit can take advantage of, and you have an infrastructure that can easily scale up as the number of deployments and application versions increase.

NGINX Unit installs in seconds, is started with a single command, and will host your first application with a single update to the configuration. It doesn’t require agents, control planes, databases, or a dedicated cluster to run.

When you compare this to the amount of work that has to go into your average cloud deployment or getting a Kubernetes cluster up and running for the first time, NGINX Unit is a breath of fresh air.

What you see is what you get with NGINX Unit, making it easy to deploy, reason about and diagnose.

How do you manage your production deployments of Node.js applications today? Node.js itself doesn't really provide a solution here, which has spawned a host of solutions like PM2, forever, nohup, or native service management via systemd.

NGINX Unit is a capable alternative for hosting applications that have traditionally relied on third-party solutions to boot, run, and restart processes, with the added benefit that it can host applications written in multiple languages.

There are some downsides, or at least issues to be aware of, when using NGINX Unit:

Overall, I get the impression that NGINX Unit is what NGINX would look like if it were written today. It offers a configuration model based on JSON, exposes that configuration via an HTTP API, and provides a declarative model for configuring the most common networking use cases, all while being lightweight and simple to run.

This back-to-basics approach does mean that some use cases currently supported by NGINX are not possible in NGINX Unit, but with a new release every few months, I expect the functionality of NGINX Unit will grow.

If the functionality provided by NGINX Unit meets your needs today, it is the natural choice over deploying the traditional NGINX service.